Stuck in a style rut? Here are 5 easy things you can do right now to break free

Stuck in a style rut? Here are 5 easy things you can do right now to break free

I have a confession to make. I watch ratchet T.V. and I like it! In fact, one of my favorite guilty pleasures is the Real Housewives of Atlanta. This past season was especially fun for me because former child star Kim Fields was added to the cast.

Okay … soooo … I have another confession. When I was a kid, I was a Tootie groupie! I even wrote a fan letter (my first and only) telling her how great I thought she was.  Do you know she never wrote back?!! I admit it. My little pre-pubescent feelings were hurt.  But I’ll save the details of that confession for another day.

Anyway, during one of the season’s early episodes, Kim and co-star Phaedra Parks met for a play date with their kids. While chatting, Kim revealed that she sometimes struggled with the demands of being a full-time working professional, mom and wife. She talked about how she had “lost Kim.”

Kim went on to say that so much of her time and energy had been spent on being a “superwoman,” that she no longer knew how to feel good about the way she looked. She had become stuck in a style rut.

Now, I know the majority of situations we see on “reality” television are actually scripted, but this particular scene really resonated with me because Kim’s confession sounded so very familiar. It seems whenever I post about personal style, I get the inevitable comments from women who tell me that it’s just not a priority for them because they’re so busy living life.

No judgment here, but I’m a huge believer in the notion that people make time for the things that are important to them. So, I have to wonder if those ladies who say they’re too busy to think about anything beyond a t-shirt and jeans aren’t actually using it as an excuse because they really don’t understand the true meaning of personal style.

Regardless of which category you find yourself in, you may be surprised to learn that developing a style that’s all your own really isn’t all that hard. In fact, a great sense of style starts with something each and every person on the planet already has. It’s called an imagination. And, the only requirement is a higher degree of open-mindedness.

Depending on where you fall on the style spectrum, getting started may be easier for some than it is for others. So, to help, I’ve put together a list of five easy things you can do right now to help you break free if you’re stuck in a style rut:

5.  If all of your clothes were lost as a result of a fire, flood, tornado or whatever, what 10 items would you replace first?

See what I mean about using your imagination? Let me know what you think about my short list by leaving a comment below. 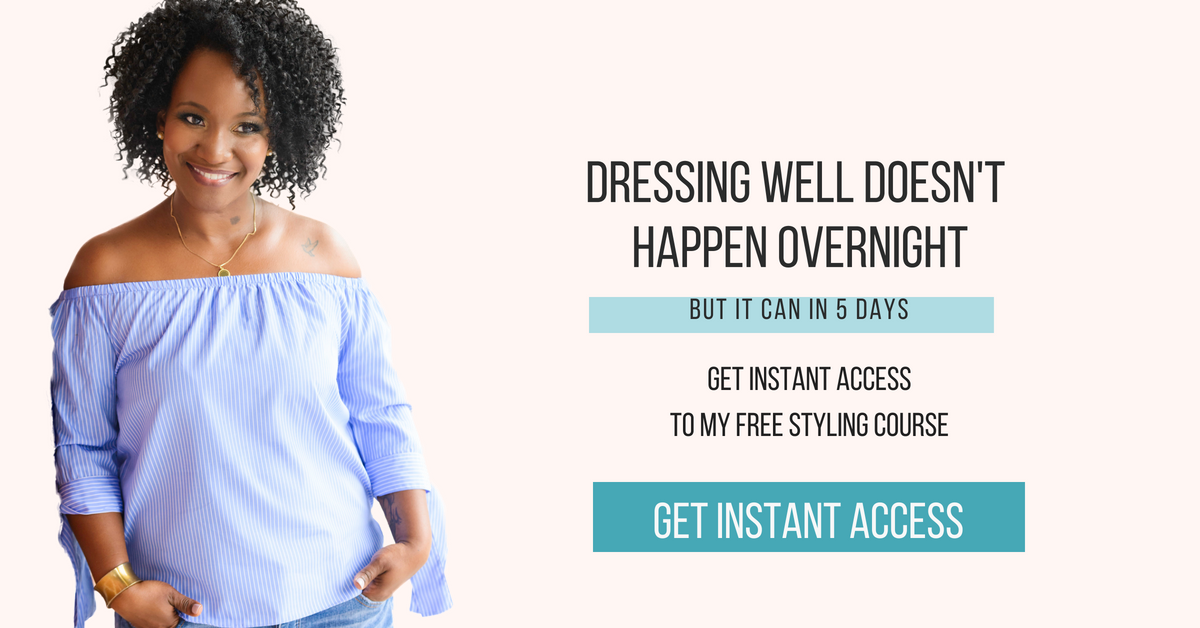 PLAN YOUR PIVOT IN 3 EASY STEPS

(… even if you have no idea where to start) Have you ever thought about doing something new? Or asked yourself how you could break … Read More

The Second Act Summit: Road to Reinvention is Coming!

The Second Act Summit conference for women returns on Saturday, April 30th, both in-person and online in Tampa, Florida.

14 thoughts on “Stuck in a style rut? Here are 5 easy things you can do right now to break free”

Scroll back to top Do NOT follow this link or you will be banned from the site!
×
You Can Master Midlife!
Download the worksheet here.
This is default text for notification bar
Learn more